Sean McKaughan has 20 years of experience in the sustainable development field and has published two books on the topic. Prior to being named Chair of the Board of Directors…

Sean McKaughan has 20 years of experience in the sustainable development field and has published two books on the topic. Prior to being named Chair of the Board of Directors of Fundación Avina. He led the organization’s executive team for seven years, first as Director of Operations and then as CEO and ex officio board member.

Sean joined the staff of Avina in 1998 and was one of the principal architects of Avina’s strategy and program implementation in Brazil.
Sean holds masters degrees in Urban Planning and Latin American Studies from the University of Texas. Before coming to Avina, he worked at the Instituto de Pesquisas Econômicas Aplicadas, the LBJ School of Public Affairs, the Houston Advanced Research Center (HARC), Instituto Tecnológico y de Estudios Superiores de Monterrey, the Texas Workforce Commission, and the Center for the Study of Western Hemispheric Trade.

During his tenure at Avina, Sean has spoken at a number of international events on topics such as inclusive businesses, the fight against deforestation, social innovation networks, and the challenges of sustainability in Latin America and the world. He has lived with his family in Rio de Janeiro since 2001. 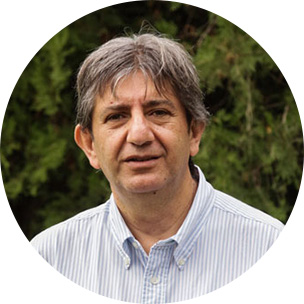 Prior to being named CEO of Fundación Avina in 2013, Gabriel Baracatt served as the organization’s Director of Operations. He has been working on sustainable development issues in Bolivia since…

Prior to being named CEO of Fundación Avina in 2013, Gabriel Baracatt served as the organization’s Director of Operations. He has been working on sustainable development issues in Bolivia since 1990 and founded Protección del Medio Ambiente Tarija (PROMETA), which to this day is an important conservation organization in that country.

Following the founding of PROMETA, Gabriel served as Bolivia’s National Director of Biodiversity and General Director of the National Park Service. A civic and academic leader in Bolivia, he has also served on several boards of national and international organizations and received recognition for his contribution to conservation in Latin America. Gabriel joined Avina in 2000 as the Bolivia Country Director. In 2009 he was named Director of Social Innovation.

Gabriel holds a degree in Social and Legal Sciences from Universidad Autónoma Juan Misael Saracho in Tarija, Bolivia. He has also completed postgraduate studies in environmental management, conservation, and organizational management. Gabriel is married with three children and has lived in Santa Cruz, Bolivia since 2001. 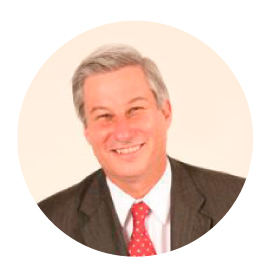 Richard Aitkenhead holds a masters degree in public administration from Harvard University and a degree in economics from Universidad Rafael Landívar in Guatemala. He is the President of IDC, a Central American investment banking and real estate development group.

Richard has been President of Fundes Internacional since 2009 and has served as chair of the boards of INCAE and Universidad Rafael Landívar. In the public sphere, he served as the Guatemalan Minister of Economics and Finance (1991-1994), a member of the Negotiating Commission for the Guatemalan Peace Accords (1996), and Presidential Commissioner for the President’s Plan of Government (2004-2007). 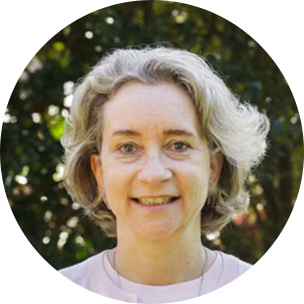 Anamaria Schindler has extensive experience in the Latin American social sector, particularly in the area of human rights, and she…

Anamaria Schindler has extensive experience in the Latin American social sector, particularly in the area of human rights, and she currently serves as a member of the global leadership team of Ashoka and oversees their work in Latin America. Anamaria was a partner of Avina in Brazil and a member of the Capoava Alliance, comprised of Avina, Ashoka, Ethos, and GIFE.
Anamaria was born in Germany, but grew up and currently lives in Brazil.
She is married and has two children. Before being named Co-President in 2006, Anamaria served as Vice President for Strategic Partnerships at Ashoka. She first joined Ashoka in 1996 to launch a joint venture, “The Training Center for Social Entrepreneurs,” between Ashoka and McKinsey & Company, which was replicated internationally.

In 2008, Anamaria launched Instituto Arapyaú in Brazil and led the organization’s strategic development until 2011. The Institute is a social impact investment venture founded by Brazilian business leader Guilherme Leal. During this period, she also launched “Movimento Brasil Sustentável” with a group of 50 leading business and social entrepreneurs. Anamaria actively participated in the 2010 Brazilian presidential election as an adviser to Marina Silva and Guilherme Leal, candidates for President and Vice President. 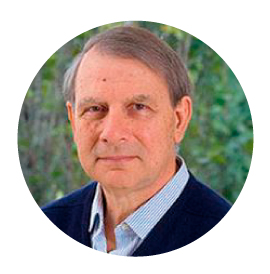 Brizio Biondi-Morra holds a doctorate in Business Administration from Harvard University and a doctorate in Economics from Università Bocconi in Italy. He served as the Chair of Avina’s Board of Directors from 2003 to 2012.

He is chair of the board of INCAE, the leading business school in Latin America, with campuses in Costa Rica and Nicaragua. Brizio formerly served as the director of executive programs at the Arthur D. Little School of Management in Cambridge, Massachusetts. He founded the ICC Chemical Corporation, based in New York, and was the marketing director for DuPont in Europe. Brizio is author of the book “Hungry Dreams,” published by Cornell University Press, Editorial Siglo XXI, and the Central Bank of Nicaragua.

Pamela Ríos holds a degree in social work and has completed studies in business administration and group facilitation. She also…

Pamela Ríos holds a degree in social work and has completed studies in business administration and group facilitation. She also has expertise and certifications in the area of Fair Trade. Pamela has worked as a human resources consultant, as an independent executive recruiter for businesses, government agencies, and nonprofit organizations, and as professor of undergraduate courses in business adminstration and human resources management. As Executive Director of Fundación Chol Chol, she oversaw the expansion of indigenous Mapuche textile production and helped bring it to the global Fair Trade market. During this period (2002-2008) she was a partner of Fundación Avina. Since joining Avina in 2008 she has worked on programmatic teams and in the areas of social innovation and risk management.